Coming out as a retailer

by Dennis Price from Ganador 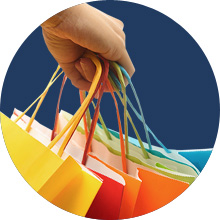 Without exception we can attribute success or failure of a retail business to people. Even if we blame an extraneous event, it is not the event as such, but how the people react to the event that determines the eventual outcome.

I believe that view is relatively uncontroversial.

But if it is so, and it is widely accepted, the question that immediately follows, is why the topic of ‘people’ is not at the top of the agenda? Executives and retail owners occupy themselves with a range of matters – from big data, mobile strategies, store location, margin management, and a long list of topics – but spend very little time on people.

If your marketing sucks it is because you don’t have a good marketer or an interfering executive – either way it is a people issue.

If your merchandising sucks, it is because you have poor buyers, poor recruiters, poor trainers, poor managers – pick any one, but whatever you pick, it is a people issue.

High shrinkage is a result of having disloyal or untrained staff. Or it may be a result of poor systems – which of course are designed and implemented by… you guessed it: people.

Name any aspect of retail and behind it stands a human being making decisions. Of course luck (good and bad) plays a role, but once it happens you still have to decide how to respond and counter the bad luck and capitalise on the good luck.

People in retail don’t focus on people as much as they logically and necessarily have to, for a number of reasons.

Firstly, the way that most people enter the retail business is by accident rather than design. The retail sector seems to be largely populated by people who left school, and without having a specific passion or interest took a job – in retail. Or some may have drifted to Uni, and then after graduation simply turned the part time job into a full time one. Consequently, far too few people who work in retail are dedicated to it as a profession.

Secondly, retail jobs are easy to get. Even if you are passionate about retail, the hours are relentless, the pay is pretty average, and the specific skills required are often basic (easily learned). Consequently, there is a high turnover of staff, especially at the entry level. Few people in retail had to jump through hoops to get into retail, and those who really choose to be there don’t necessarily feel a sense of accomplishment.

Thirdly, it is also easy to start a retail business. How hard is it to put a few tables and some shelving in a store and put some merchandise on it at twice the price you paid for it? (It is not easy to be good, nor is it easy to survive and be successful, but is easy to start.)

Fourthly, in the pecking order of industries, retail ranks pretty low. It is seen as large provider of jobs, but not much else. I have never heard of any other industry turning to retailing as a benchmark for anything. What great innovation was made in retailing that is adopted in other industries? (Even e-tailing was invented and is led by non-retailers, usually computer nerds.)

This leads to a confluence of two powerful, negative forces that conspire against us:

Firstly, the people who are committed, passionate and professional are in the minority, outnumbered by a large number of people who simply take up space in the retail environment. Secondly, those who have risen through the ranks to executive status or those who has the courage to strike out on their own to start a retail business spend very little time on people issues; usually only when the ‘issues’ are pressing and unavoidable such as Union issues, or recruitment and the like. Even then it is more about going through the motions, rather than proactively engaging with people with the specific goal of building a culture that underpins, and delivers on the brand.

In order to counter these negative, restraining factors, it is high time for retailers to come out of the proverbial closet. There is no shame in being a retailer. Retailing is not only an essential (and very large) part of any economy, in a modern society it is complex, challenging and worthy of our best physical and intellectual efforts.

It will probably always be true that it will be easy to get started in retail, but it is equally true that it is incredibly difficult to succeed and to be called a good retailer.

A champion athlete can complete a marathon in close to two hours, and is not offended that a Sunday jogger who clocks up a few kays on the weekend also calls himself a ‘runner’. That is probably because that is how every champion started.

So, no matter how you got your start, or how many ‘joggers’ there are in retail; the only thing that is needed for you to become a champion retailer is make the decision to come out as a retailer and to ‘own’ your profession. And then, do everything within your power to focus on the people in your organisation and to continuously raise the bar with every appointment, with every interaction.

Make your people your priority. And it starts with you being proud of being what you are and who you are. Wear your ‘retailer’ label with pride.

Be more. That allows you to demand more.