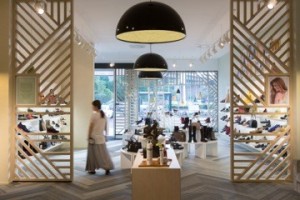 Shoplifting is costing Australian retailers $2.8 billion a year, with employee theft accounting for almost half of the losses, a new report released by Checkpoint Systems has revealed.

According to The Smart Cube’s Global Retail Theft Barometer 2013-2014, published by Checkpoint Systems, more than $132 billion(US$128 billion) globally was lost to shrinkage including employee theft, shoplifting, supplier fraud, and administrative errors, in 2013.

In Australia, internal theft accounted for 42.5 per cent of the losses, costing $1177 million to the retail industry, while customer shoplifting accounted for 30 per cent or $831 million.

Among other rising costs for retailers, Australian consumers are also impacted, paying $192 per year in ‘honesty tax’, an increase in prices in order to compensate for retail loss.

The report also found that adults between 18 and 30 years of age accounted for 42 per cent of shoplifting, commonly stealing items that are small and of high value.

Most common items stolen in Australia include fashion accessories, batteries, mobile phone accessories, wine and spirits, and perfumes and fragences.

Mark Gentle, MD of  Checkpoint Systems Australia and New Zealand and VP of Asia Pacific, said that this is the first time the report has highlighted a clear distinction between age and theft.

According to the study, Australian retailers focused heavily on loss prevention technology, such as security tags and RF EAS (radio frequency article surveillance) equipment or staff training in 2013, with 56 per cent of retailers planning to implement source tagging in the near future.

“RFID technology means that a retailer can also better manage inventories with detailed information of what has been stolen including the value of the merchandise. This allows for improved ordering so the shoppers have the merchandise they came in to buy available on the shelf when they want it,” said Gentle.

Gentle says that with the holiday season approaching, and more products available in store, it is important to train employees accordingly as 57 per cent of Asia Pacific retailers reported that a high level of theft happens during this season.

“There’s not just one silver bullet for preventing theft. Retailers need to have the right systems, procedures, and technology in place, in order to effectively reduce shrinkage.”