ZIERA SHOES NAMED SUPREME TOPSHOP IN ALL OF NEW ZEALAND

The Dunedin store was named runner up for the Fashion, Footwear and Accessory category in their region whilst Riccarton Christchurch was named winner and LynnMall was runner up in the footwear category for their area.

“We’re incredibly excited and proud to be named Supreme TopShop in all of New Zealand,” says Ziera Shoes Managing Director Andrew Robertson. “We have a great team and pride ourselves not only on the best service but also brilliant product knowledge so to be recognized for these things specifically, is a huge brand endorsement.”

“These awards are a testament to all of our company’s hard work, especially with the recent roll-out of our new branding and store design. Plenty of research and work behind the scenes was carried out to ensure our staff and customers had the best environment in which to work and shop,” says Robertson.

In each category, a rigorous process of mystery shopping with set criteria by HOED Mystery Shopping NZ, formed the basis for what became an incredibly close final decision. Ziera Shoes was specifically mentioned for prompt, welcoming greeting, excellent customer service offers and friendly staff with excellent product knowledge and a winning sales manner.

The TopShop Awards are powered by Retail NZ, formerly known as the New Zealand Retailers’ Association and the HOED Mystery Shopping team would like to take this opportunity to congratulate Ziera Shoes. 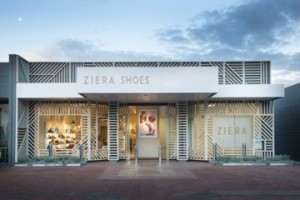