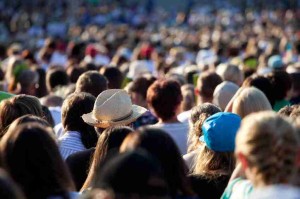 The following article has been written by Jon Bird (21 October 2014). At VIGIL and HOED we predicted showrooming would become an integral part of everyday retailing. The very last paragraph summarises the concept nicely.

Over the last few years, showrooming has received a bad rap.

This is the practice where a smartphone enabled shopper goes into a physical store to touch and feel the merchandise, gets expert advice, then compares prices on their device, and purchases online elsewhere.

The classic example is of a customer visiting a Barnes & Noble book store, checking out the latest novel by Stephen King, asking the associate for his opinion, and then buying it on Amazon.

A new generation of retailers and brand owners, however, have embraced the showrooming concept and taken it to a whole new level.

On a recent retail expedition in and around New York’s SoHo shopping district with Steve Cox and Sophie Higgins from Dymocks, we saw numerous examples, and four caught our eye:

In each of these cases, the stores are unashamed showrooms, allowing shoppers to interact with and experience the brands on a deep and meaningful level, then (hopefully) spread the word via social media. It’s about buying into the brand, not necessarily purchasing from that outlet.

In regular retail too, forward thinking merchants are happy to treat their stores as showrooms.

Apple led the way. From when the very first Apple store opened in 2001, the retail space was a glistening showroom of all things Apple, where customers were encouraged to play with no pressure to purchase. (Of course, it helped that Apple is famously rigid with pricing no matter the vendor, and that they own the brand.)

UK department store, John Lewis, has also significantly built its business on being agnostic about where the sale ends up – instore or online.

It is more than happy for shoppers to be inspired instore and then buy on their devices. Do a good enough job in the store, and the shopper will stick with John Lewis.

For a while, a year or two ago, retailers were penalising shoppers for treating their stores as showrooms.

There was the case in Sydney of a ski shop charging customers to try on boots, then refunding if a purchase was made. Wrong move.

You can’t fight the internet and you can’t bite the hand that feeds you. Instead, it’s time to reinvent retail and embrace showrooming.