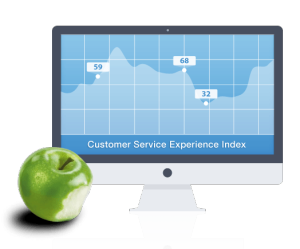 The following is reprinted on behalf of Inside Retail dated 30 September 2014 and is well worth reading.

Instore sales are still the driving force behind retail sales despite the trend towards online shopping, according to a poll of more than 250 senior retailers.

Research released to coincide with the start of the World Retail Congress revealed that 68 per cent of sales are being made in physical retail stores, with the internet claiming a mere 16 per cent share.

While social media remains the buzz phrase on everyone’s lips in the retail world, it is currently only generating two per cent of revenues, according to the study conducted by Australia’s Monash University.

However, despite the clear dominance of instore sales, industry leaders prioritised online channels which they regard as a major business opportunity in the coming year.

More than 60 per cent of those surveyed rated online, mobile and social channels as more important than in 2013.

More than half of respondents ranked social media and peer to peer recommendations as the primary influence on consumer behaviour and 57 per cent claimed that the age of digital interaction had left their brand more “in the spotlight”.

Almost half of those surveyed were CEOs, chairmen or MDs, with 25 per cent of the businesses represented generating annual revenues of US$1 billion or more.

The report comes a matter of weeks after Twitter announced the introduction of its ‘buy now’ button; an e-commerce function designed to allow users to make instant online purchases with the press of a button at the end of a tweet.

Asia remains the key focus for international growth, with the 2014 results also showing noteworthy increases in the attractiveness of North America, Central and South America, and Africa.

Consistent with the past three annual reports, growth prospects in Western Europe rate as the worst.

The expectation in 33 per cent of retail leaders that the region will offer the poorest growth in the year ahead is attributed to continued economic uncertainty.

The Global Retail Index report was conducted over August and September 2014 amongst over 250 global retail leaders of a wide range of industry sectors and locations.